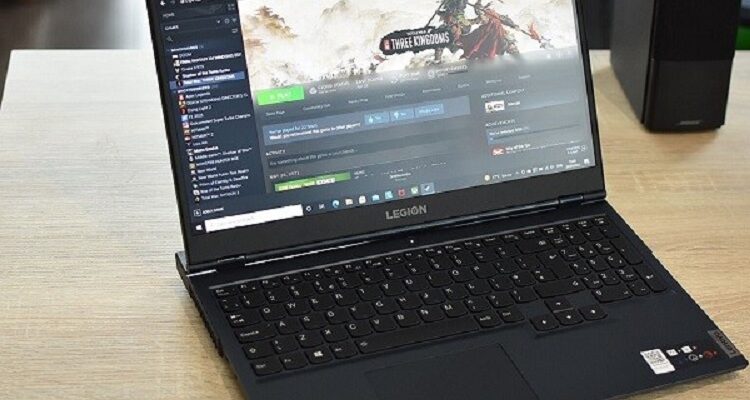 When we think about gaming laptops, we picture large, thick, and heavy laptops with RGB lighting and lots of gaming-focused accents. We also picture red-and-black or orange-and-black color schemes, which are usually the staple for gaming devices. These were true until a few years ago.

Gaming laptops have come a long way since then. Gone are the days of extravagant accents and RGB lighting everywhere. You don’t even get massive power bricks to keep the laptop tethered to a power outlet. Today, gaming laptops are incredibly slim and very portable.

Toned Down Devices for Gamers

If you look at the laptops of today, especially those equipped with discrete graphics capable of running AAA games, you will see an array of black, white, or slate grey devices with minimalist designs and gorgeous accents. They still come with 15-, 16-, or 17-inch screens since these screen sizes are the best for gaming comfortably, but the devices themselves are not bulky.

In fact, the footprint of gaming laptops today has shrunk significantly. I’m not talking about laptops with limited gaming capabilities either. I’m talking about the full-fat RTX 3060-sporting laptops with plenty of memory and storage to keep you going. On top of that, these devices are now equipped with high refresh-rate screens too.

But Are They Really Capable?

The question is warranted, especially when you consider how the compact gaming laptops of yesterday have a few of their features removed for efficiency and weightreduction. That is certainly not the case today with processors like the AMD Ryzen 9 offering better thermal performance while maintaining high sustained output at the same time.

The Legion Slim 7 Gen 6 15-inch laptop is a good example of a Ryzen 9 Lenovo gaming laptop capable of taking your gaming experience anywhere. The device comes equipped with AMD Ryzen™ 9 5900HX as well as NVIDIA GeForce RTX 3060 and 32 GB of DDR4 memory. It even comes with Windows 11 preinstalled.

The Legion Slim 7 is just one example of how a gaming laptop today can be very portable. The laptop still incorporates Lenovo’s signature design for its Legion series, but you no longer see excessive accents or unnecessary light strips. It is very civilized, perfect for those who want to switch from doing serious office work to competitive gaming in a second.

Yes, thinandlight laptops are also becoming more capable, but the more interesting development is seeing how gaming laptops are becoming thinner and lighter. Better thermal design and efficient CPU+GPU combinations are to thank for that.

And things are only getting better. AMD’s next generation Ryzen 9 CPU are already boasting up to 40% better thermal efficiency. The same goes for NVIDIA’s upcoming series of mobile GPUs. It will not be long before manufacturers like Lenovo adds better cooling blocks and thermal design to their laptops.

When that happens, gaming laptops will be even more portable than they are today. You can sample that future early by giving the available gaming laptops a try and seeing how incredible they can be in running your favorite games while on the go.

What Is The Best Way To Book Pre Taxi For Your Airport Travel?