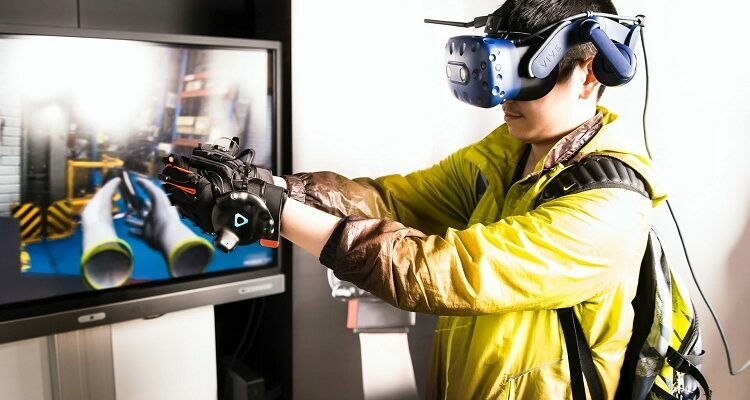 3D scanning is a technology that uses a 3D scanner to capture the shape of an object.

Once you complete a scan, you’ll have a 3D file of the structure that you can store, tweak, and even 3D print. There are also many affordable best 3d printers available in the market. Visit 10printers.com/best-3d-printers-under-500-dollars/ To discover which one is best for you.

To 3D scan things, locations, and people, a variety of 3D scanning methods are available. Each 3D scanning technique has its own set of limits, benefits, and prices.

Keep in mind; a single scan is insufficient to recreate a comprehensive model of the scanned object. Hundreds of scans are usually required to acquire all of the data from all sides and perspectives.

The scans must then be combined using a standard reference system known as registration or alignment. The different scans are then combined to form the final model.

Let’s take a look at the various types of 3D scanning technologies available.

The 3D scanner casts the laser first. The initial course the laser light takes is adjusted and picked up by a sensor as it reflects off the 3D scanned item. The system may determine a given deviation angle by modifying the laser trajectory and trigonometric triangulation.

The angle calculated is proportional to the object’s distance from the scanner. When the 3D scanner gathers enough space, it can map an object surface-wise and create a 3D scan.

The resolution and precision of laser triangulation are its main advantages.

One disadvantage of laser triangulation technology is that it is sensitive to the qualities of the surface being scanned in 3D. Surfaces that are gleaming or translucent are particularly challenging.

A good example of a handheld 3D scanner of this type that isn’t so much affected by gleaming surfaces is the EinScan HX – Hybrid Blue Laser.

Trigonometric triangulation is used in 3D scanners; however, they do not employ a laser. Instead, structured light 3D scanning technology uses a sequence of linear patterns to project onto an object.

It can inspect the edges of each line in a pattern. By doing this, it can determine the distance between the scanner and the surface of the object. A variety of projectors can generate the white or blue structured light used for 3D scanning. These include those that use Digital Light Processing (DLP) technology.

A randomized dot matrix or a series of light rays can be used as the projected pattern.

The resolution, speed, and ability to 3D scan individuals are the key advantages of this technology.

Its sensitivity to lighting conditions and difficulty working outside are two of its drawbacks.

Photogrammetry 3D scanning is a way of extracting measurements from photos. It’s particularly good for reconstructing the precise positions of points on a surface.

It works by analyzing many images of a static subject taken from various angles. It then detects pixels that belong to the same physical point. The camera’s specifications, such as lens distortion and focal length, are essential for it to function well.

The fundamental issue of 3D scanning technology is that it needs to evaluate thousands of pictures and points accurately. Therefore, to perform photogrammetry algorithms, you’ll need a powerful computer.

Precision and acquisition speed are the two key advantages of this technology. Photogrammetric technology can also rebuild things of varying scales that have been shot from the ground or the air.

The sensitivity of this technology to the resolution of the input images and its time to run the algorithms are drawbacks.

Digitizing is another term for contact-based 3D scanning. Contact 3D scanners use physical touch to explore the subject while keeping the object firmly in situ.

To record 3D information, a touching probe is moved across the surface to various spots on the item. The probe is occasionally coupled to an articulated arm capable of collecting all of its different configurations and angles for more precision. Coordinated Measuring Machines are specialized setups of contact 3D scanners.

Contact 3D scanning is commonly used to do quality control on items after fabrication or during routine maintenance. The precision and ability to 3D scan translucent or reflecting surfaces are the key advantages of contact technology for 3D scanning.

The speed and inability to work with organic, freeform structures are the drawbacks of contact 3D scanning technology.

Laser pulse 3D scanners measure the time it takes a casted laser to hit an object and return.

Because the speed of light is known to an exact degree, the time it takes for the laser to return offers the precise distance between the 3D scanner and the object. The 3D scanner calculates millions of laser pulses within picoseconds accuracy to correctly estimate the distance.

These 3D scanners must cast their laser 360 degrees around that location because each measurement only collects one point. Also, these 3D scanners are frequently equipped with a mirror that adjusts the laser’s orientation to execute this function.

Phase shift lasers and laser pulses are both used in this type of scanner’s functionality.

Overall, phase shift lasers outperform other lasers. The capacity to 3D scan very large objects and settings is the main advantage of laser pulse 3D scanners. They are, however, somewhat sluggish.

As you are now aware, there are various types of 3D scanning technology available. Each technology has its pros and cons, and some are suited for more specific kinds of usage.

Thanks for stopping by! Please consider checking out our blog for other interesting reads.

A Portable Gaming Laptop: Is It Really Here?